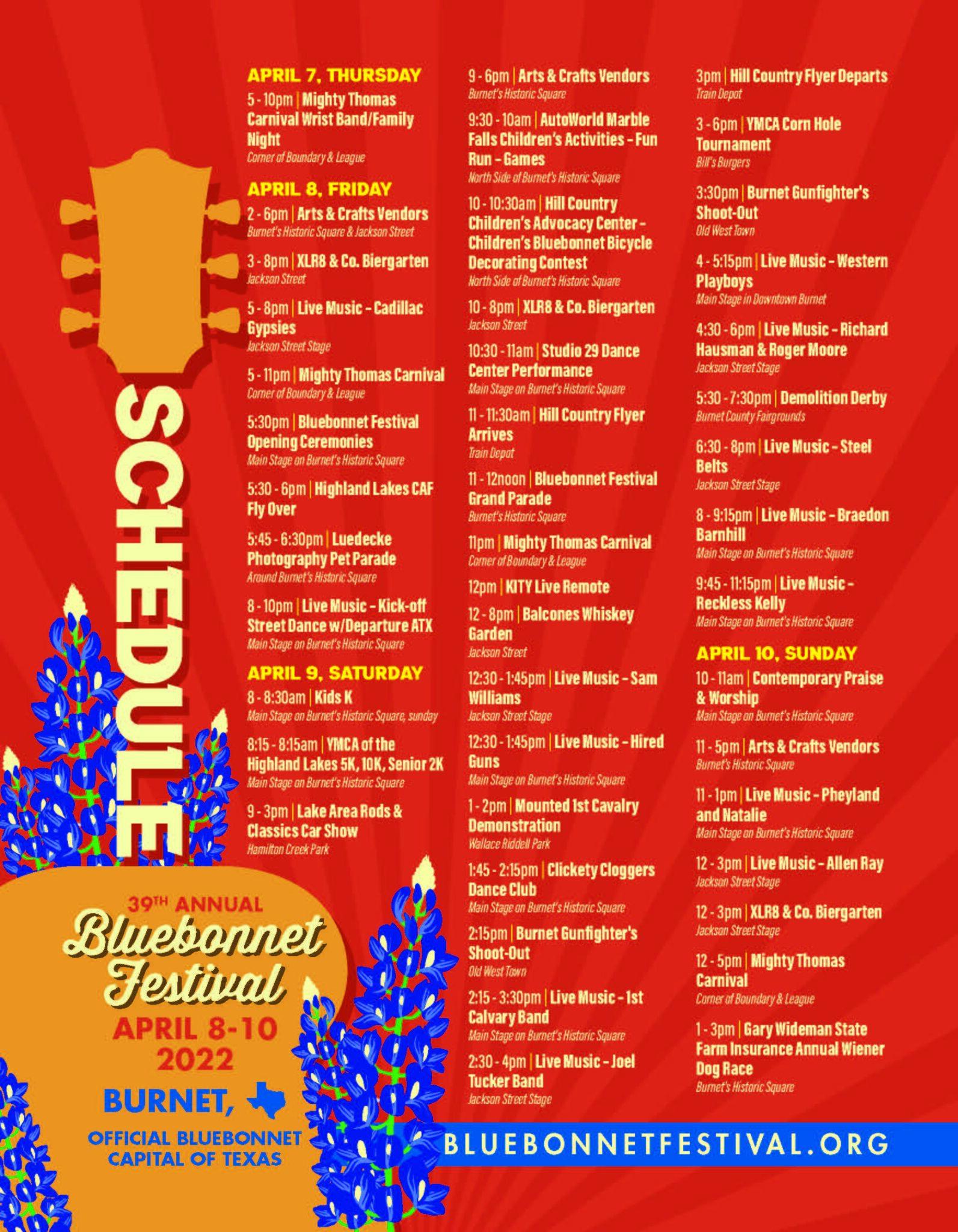 Burnet is deep in the Texas Hill Country, in the Highland Lakes region. The city is easily accessible from all directions, located at the intersection of Highways 281 and 29. Surrounded by sparkling lakes and rugged hills all year, it’s a scenic drive from all directions. But there is a special magic to the Hill Country when bluebonnets carpet the roadside, hills and pastures in blue at the height of the wildflower season.
Burnet is considered one of the best places in Texas for viewing wildflowers. The town officially gained recognition to the well-known fact in 1981, when the Texas State Legislature officially designated Burnet the “Bluebonnet Capital of Texas.”
Community leaders decided to make the most of both the beautiful wildflowers and the recent state designation and created the Bluebonnet Festival. Through the hard work of festival founders Pat Riddell and Cary Johnson, along with the Chamber Board and dozens of volunteers from the community, the first Bluebonnet Festival held in 1983 was a huge success.
The annual Bluebonnet Festival has grown into one of the most exciting and successful small-town festivals in Texas. Always taking place the second weekend in April, the event draws crowds topping 30,000 each year. Each year, activities are added to keep the annual event exciting for first time visitors as well as repeat festival fans.

From its humble beginning to now, the Burnet Bluebonnet Festival is an annual tradition both residents and visitors alike enjoy each spring. Once you’ve attended your first festival, you’ll be hooked. Go ahead and mark your calendar for the second weekend in April. You’ll want to come back year after year.